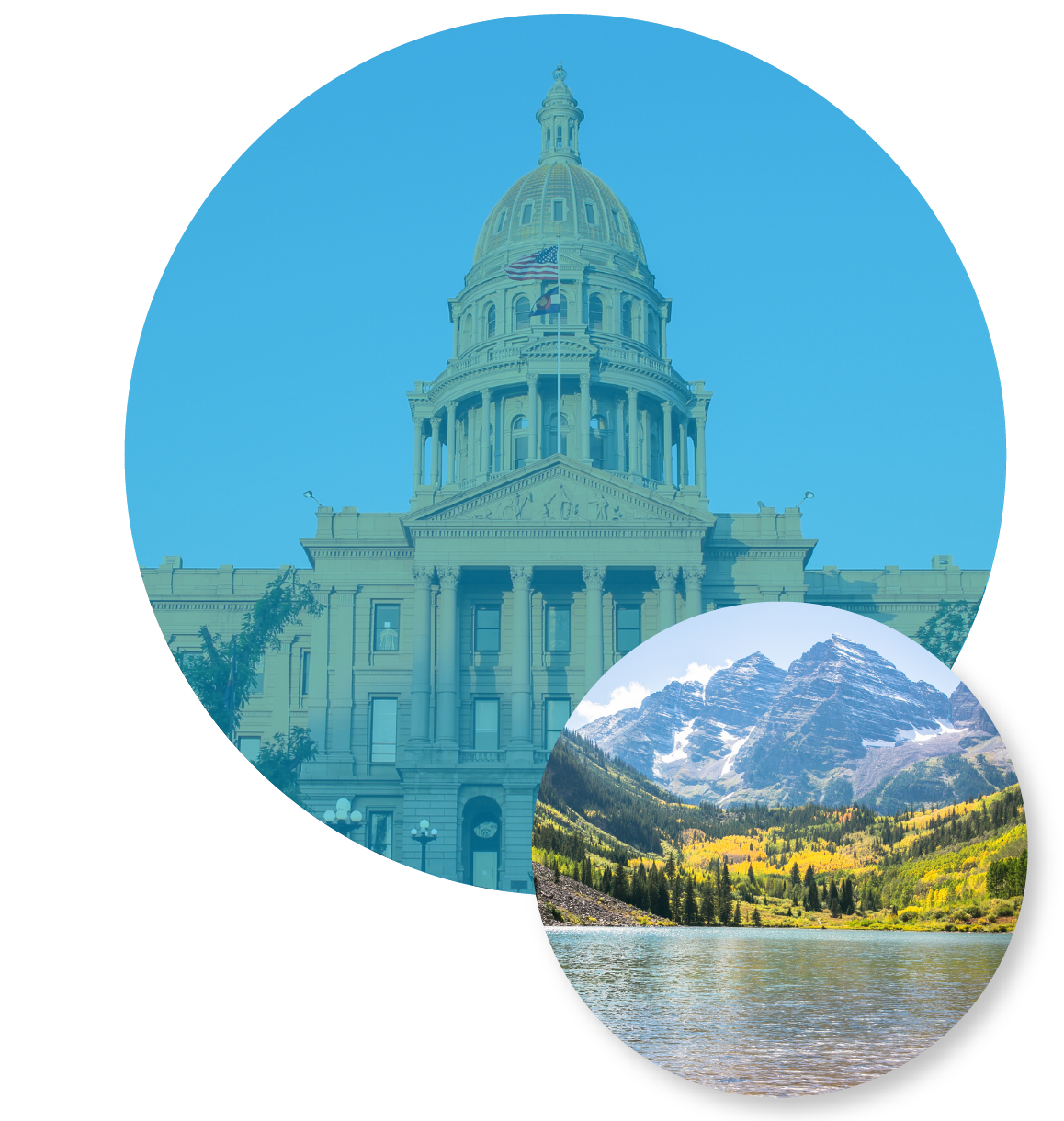 New emissions targets, emerging legislation and monetary incentives create a strong foundation for carbon capture in Colorado. There are 26 facilities in Colorado that qualify for the 45Q federal tax incentive, 18 of which have been identified as potentially economically feasible candidates for carbon capture. These 18 facilities have the combined capability to capture over 10 million MT of CO2 annually. Coupled with the immense potential that Colorado has for CO2 storage in enhanced oil recovery fields and deep saline aquifers, this state is poised to be a national leader in carbon capture and storage. 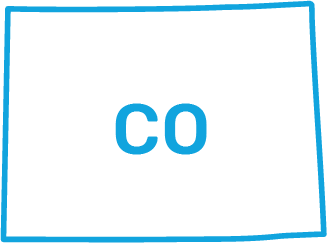 45Q Tax Credit for Carbon Capture Across the US

Industrial Facilities that Qualify for the Tax Credit in Colorado

The Regional Carbon Capture Deployment Initiative has identified industrial facilities in numerous states as early candidates for carbon capture retrofits. These facilities could qualify for the revamped federal 45Q tax credit for projects that capture carbon from industrial facilities and power plants for geologic storage and beneficial use. Facilities were selected based on emissions, equipment, and estimated capture cost. 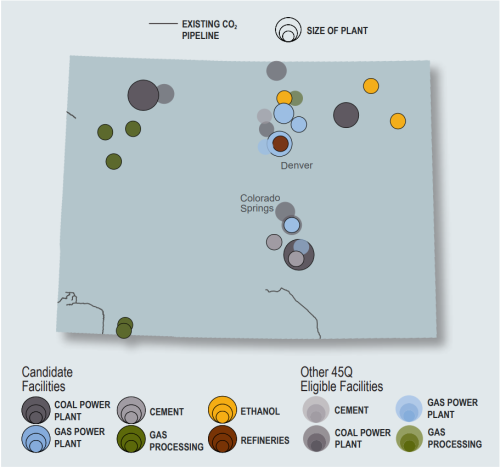 The Regional Carbon Capture Deployment Initiative estimated theoretical capture costs based on published capture equipment costs, facility-specific operational patterns, existing equipment, and level of emissions. Based on that data, the graphic below displays several of Colorado’s most likely economically feasible candidates for capture, along with estimated capturable emissions in million metric tons and estimated range of capture costs for facilities in each industry. This list is not meant to be definitive. Commercial decisions by participating companies and policy and regulatory decisions by state governments will ultimately determine if a project is feasible for carbon capture. “Captured Emissions” refers to the amount of carbon dioxide that can be expected to be captured at a facility considering relevant technological and economic constraints. 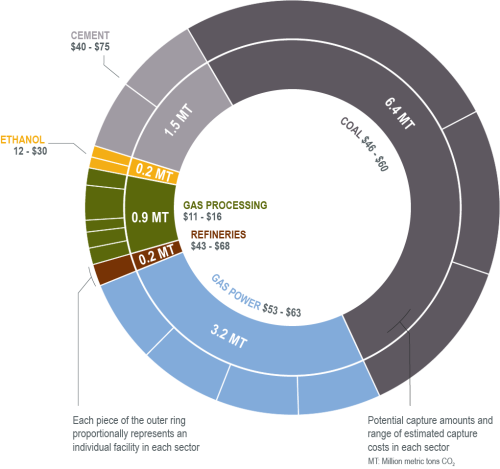 Sign up to receive the latest news and announcements from the Great Plains Institute.